Twilight on the Aquaduct and the ... come out to play 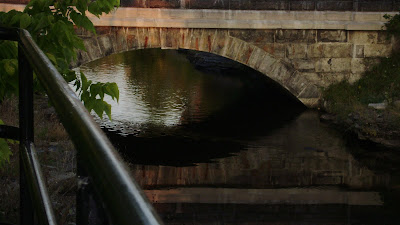 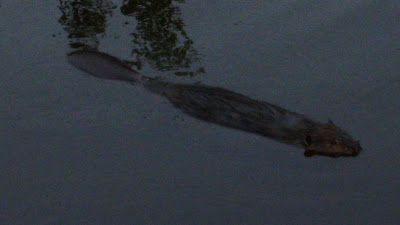 A number of earlier posts show damage caused to large trees in the LeBreton Flats area. The Dalhousie neighborhood hosts a surprising number of animals and birds.

These two twilights shots show the local vampires, err, beaver out to prey on unsuspecting urbanites. In the photo with a fine stone-arch bridge in the background, the beaver can be jut seen in the right foreground. Click picture to enlarge. The second picture shows him up close ... he was about 20 feet away from me and curious about the flash on my camera. After several shots, he dove leaving only a trail of bubbles.
Posted by Eric Darwin at 12:45 PM